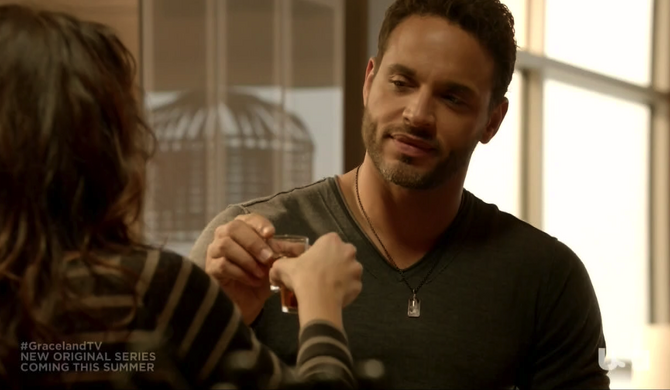 Paul Briggs is the senior FBI Special Agent assigned to live and work in Graceland.

Senior FBI agent Paul Briggs has a legendary track record in the bureau. But after a mysterious event that sent him on an unexplained leave of absence a few years ago, he traded in his suit and tie for a more Zen existence. He is assigned to train the rookie who has just arrived at the house, Mike Warren--a task he reluctantly takes on. He hates the rule book and will go to any length to protect Graceland from the outside world. In season one episode six it was revealed that he is a heroin addict. In episode eight, after Mike denies Bello drugs from Odin, Briggs is forced to go through cloak and dagger to give Bello enough heroin to last him months, revealing that he is Odin himself. He was a member of The Estate, the "prototype" of Graceland and while he was supposedly on vacation the Estate burned down and the agents inside burned with it, including Briggs' girlfriend, Lisa. Juan suspects him of murdering the five agents and when he goes into disguise as Jangles, Briggs agrees that both of them burned down the house he tells "Jangles" that even though they both did it that "Jangles" lit the match. Juan pulls his gun and they fight until it end with the gun going off and Juan falling to the ground. Briggs, too, falls being drunk the entire time.

Paul has told women that he is an astronaut and the last one to ride on the shuttle Endeavour.

It is mentioned that Briggs and Charlie were lovers during the time when they had both first came to Graceland. They later rekindle their passion when they have to reuse the aliases they had at that time, but then agree that they have got it out of their system. They are now back together and everyone in Graceland knows it. Bbut later on she gets pregnant with his child. She then finds out he killed Juan and wants nothing to do with him. And acts like she got an abortion. She then later loses the baby, because somebody drugged her, and that eventually killed the baby. 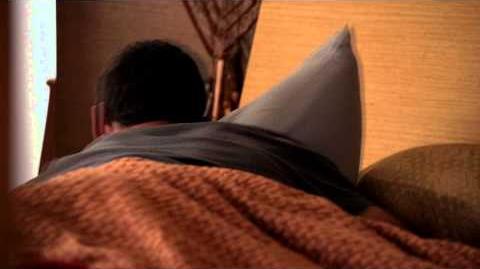 Trivia: - Paul seems to be something of a spiritual man, as he wears prayer beads. - He is highly skilled in unarmed combat, especially chokeholds which he used on multiple occasions.